Nations have used sport as a crucial pillar to create “national character.” The French, for instance, have adopted and integrated Rugby into their national fabric, which has changed the view of Anglo-Saxon dominance, which at one time seemed so dangerous. However, sports personalities are regarded and recognized as an essential element of any nation’s resources. Boxing, as with other modern sports, was introduced to Nigeria through the institutions of colonialism. In the 1940s and 1950s, as well as Tiger was just two of many Nigerian native boxers who gained fame in arenas and boxing halls within the British Isles.

As it was getting the independence of Nigeria, Nigeria was at the top of the line in terms of political and economic stability. It looked like things were going to be good in the world of Boxing and produced two commonwealth champions: Dick Tiger and Hogan Bassey, both of whom were undisputed World champions. Tiger in the middleweight and light heavyweight, as well as Bassey in the featherweight division. In the 1950s and 1940s, Bassey and Tiger were among the many Nigerian Born boxers that established themselves in the arenas and boxing halls that were part of their respective British Isles. But, the sporting rules of the latter half of 1960 and the beginning of the 1970s slowed some of the advancements made, preventing amateur boxers from joining professional ranks. This could have had an enormous impact should amateur boxers have been permitted to become professional earlier.

However, Nigeria’s boxing prowess continued to be seen throughout the globe, with several young boxers making their way into the world of Boxing, such as Dele Jonathan, who defeated future world champion Jim Watt of Scotland for the Commonwealth lightweight title during the middle of the 1970s. Henry Akinwande and Herbie Hide have both held the WBO heavyweight titles.

Ibeabuchi, known as “the President,” defeated Chris Byrd, a world champion, in just five rounds. He also, after 12 rounds, defeated the fearsome David Tua in a highly thrilling match that saw the highest number of punches delivered.

Through the decades, Nigeria continued to produce extremely talented boxers like Ahmed Sadiq, Akinyemi Laleye, David Defiagbon, and Gbenga Oloukun, to name just several, who were flyweights, cruiserweights, and featherweights.

Nigerian boxers have been able to hold their own in international boxing events, and this can be attributable to the role traditional Boxing (dambe) and wrestling played in the traditional culture of Nigeria. Dambe is a tough and striking sport that uses feet, fists, and the head. Sometimes, a glove gets submerged in glass ground to dampen the karfe. 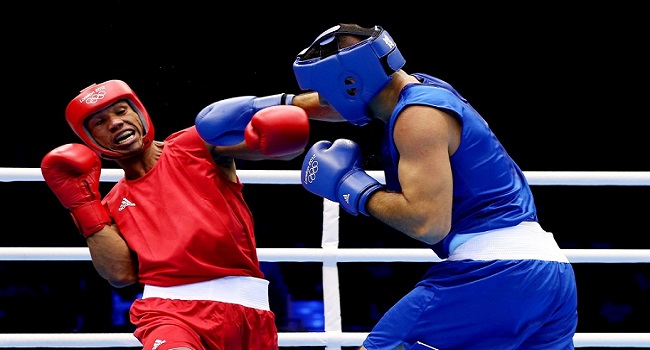 The game of Boxing has become very popular in Nigeria today, even competing with other well-known sports like football. The Nigerian Boxing Federation is the organization charged with the responsibility of overseeing the activities of Boxing in Nigeria. Other organizations that promote Boxing are the Nigerian Amateur Boxing Association (NABA) and the Nigerian Boxing Board of Control. All these organizations are working seriously on early talent acquisition, nurturing, and promoting talented young Nigerian boxers to the spotlight.

Samuel Okwaraji: 10 Facts You Probably Didn’t Know About Him

Top 10 highest-paid footballers in the world in 2022